I can't believe as of today summer is officially over. What a summer it has been though. This was best summer our young family has had to date thanks to 20 feet of fiberglass we acquired in the spring. Our Sea Ray, which we named Jack's Sparrow after my wife Jacqueline, unlocked the key to enjoying the nearly 30 islands scattered about the Detroit River where we live. The river links Lake Erie to the south and Lake St. Clair to the north. It's amazing to think we could travel anywhere in the world from here just like the big freighters we routinely cross paths with.

As a shipwreck diver I have developed a fascination with freighters. I never tire of seeing them. And our little Sparrow has given us plenty of opportunity to see and photograph them this summer. Freighters must sail the Detroit River's Livingstone Channel to head upbound from lakes Ontario and Erie, or downbound from lakes Michigan, Superior and Huron. Fortunately for us we live right next door. 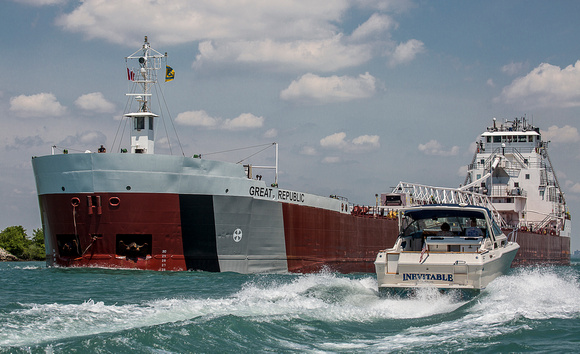 It gets quite busy in the river, and especially the narrow Livingstone Channel, making photography difficult. But if it was easy it wouldn't be fun now would it?

And not far from the south end of the channel is the Detroit River Light. Built in 1885, the lighthouse resides in Lake Erie and served as a rendezvous site for rum runners during prohibition. It is quite beautiful and only visible by boat or aircraft. I've really fallen in love with this lighthouse, the sound of its' fog signal and the sight of freighters passing. 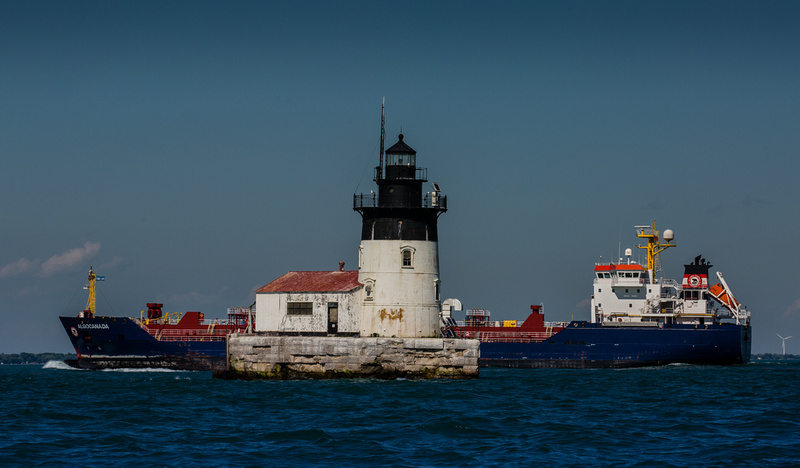 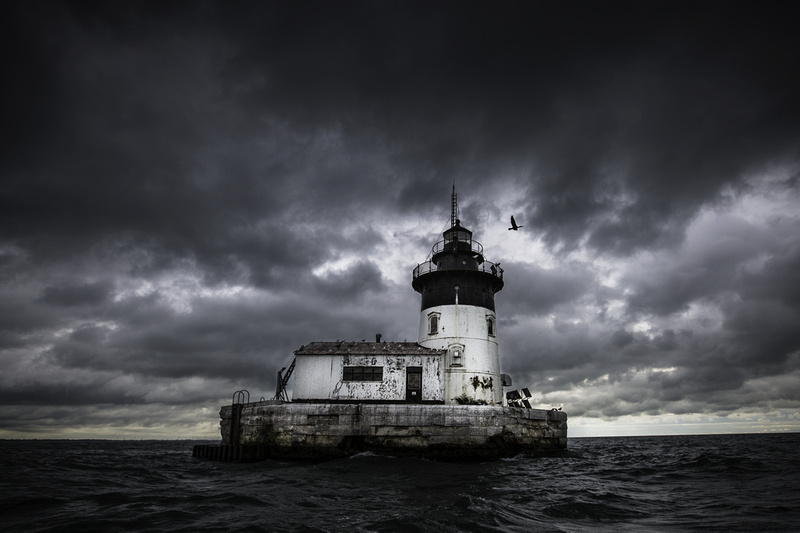 But as much as I love seeing the freighters and lighthouses around here, it's the islands our kids love. Beaching the boat, jumping off the back for a swim and having a cookout is their favorite thing to do. So we usually head straight to Sugar Island before it gets crowded.

Once it starts to get a little crazy we shove off and go for a cruise. By then the kids are tired and ready to watch a movie or have a nap in the cuddy cabin, leaving us free to visit the lighthouse, chase freighters, cruise around the islands or just randomly sightsee.

I have a feeling the fun we had this summer is only going to make winter seem longer. Our boat has given me the opportunity to combine three things I dearly love - my family, photography, and the water. Maybe we'll try to sneak in one more trip to the lighthouse and Sugar Island before we put away Jack's Sparrow.

bestessay(non-registered)
October to November mark the appearance of the Humpback Whales and shorter days. While we despite everything have around 12 hours of sunlight, it drops by around 1 hour from summer. Our temperatures drop around 10 degrees Fahrenheit to the mid 70's around evening time and mid 80's most days.
Mark(non-registered)
Andy - that stormy lighthouse shot is amazing. Probably one of my favorites I have ever seen from the Great Lakes area.
No comments posted.
Loading...
Subscribe
RSS
Recent Posts
Jack's Sparrow The Mighty Point and Shoot First Charter of the Season Contest Season Treasure Diving Getting Ready for the Scuba Diving Season
Keywords
Scuba Diving boating detroit river freighter lake erie lighthouse shipping summer and ballroom
Archive
January February March April May June July August September October November December
© Andy Morrison Photography
Powered by ZENFOLIO User Agreement
Cancel
Continue